View source
watch 01:40
The Sandman Will Keep You Awake - The Loop
Do you like this video?
Play Sound
This article is a stub. You can help Urusei Yatsura Wiki by expanding it.

He was carrying his elder son on his back while waiting for his wife to give birth to their second child Asuka, and was excited to see her, but his wife told him no man is allowed to see her until she becomes 15, not even him nor Tobimaro as of Mizunokōji clan's traditions.

Mr. Mizunokōji seems to be a useless wimp, compared to his wife, he freaks out when something terrible happens. Unlike his wife, he is able to emote normally despite his face. He spends most of his time playing games, sometimes with his wife. 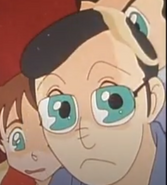